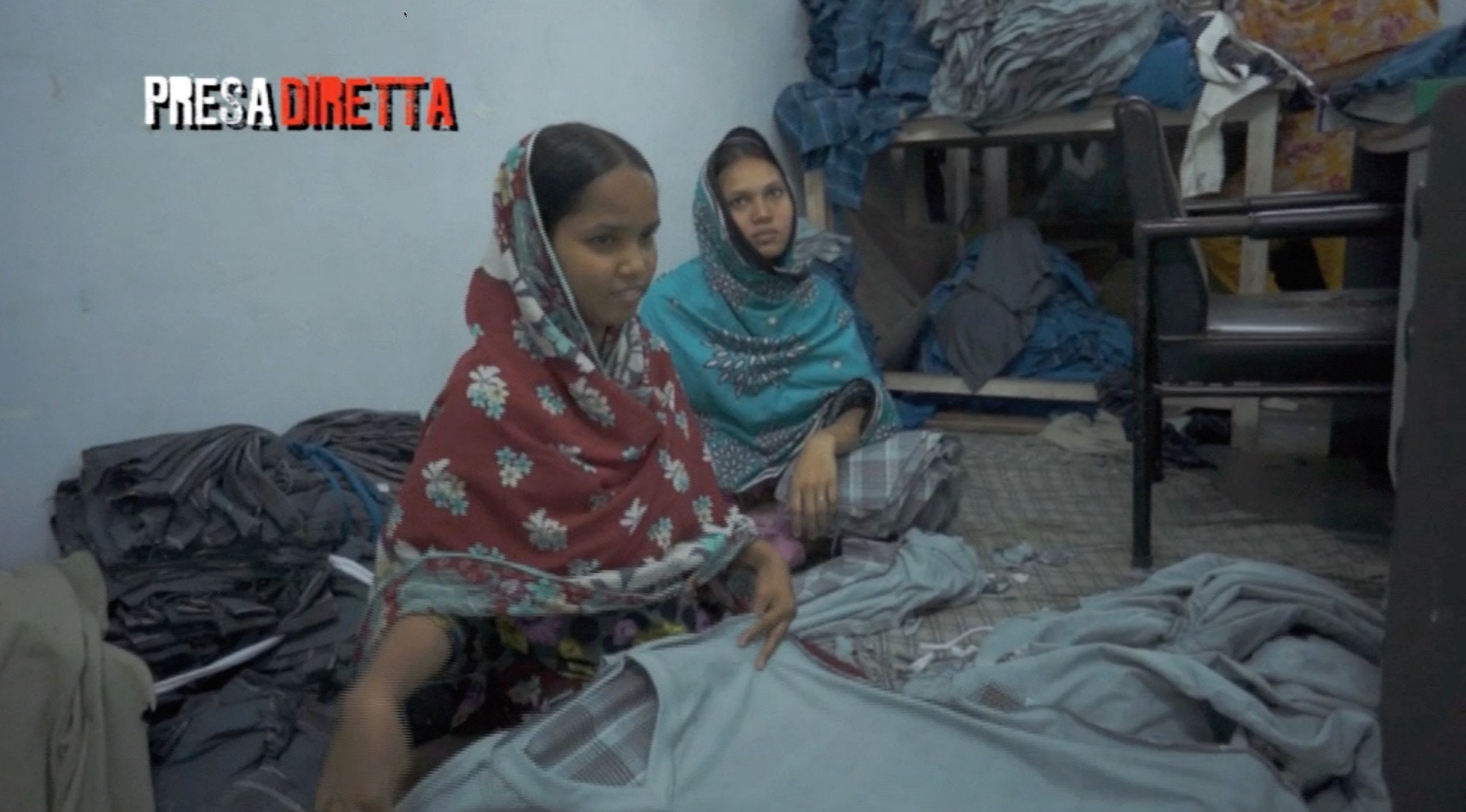 "Made in Italy" - a documentary by Liza Boschin, Elena Marzano and Shafiur Rahman

Summary: Secret camera recordings show that Italian clothes maker Benetton uses suppliers who still employ child labour in Bangladesh. A RAI 3 television investigation has revealed that months after the collapse of garment factories in Rana Plaza where over 1100 people died, serious health and safety measures have still not been addressed including locked factory gates which can be deadly in the event of a fire. The report shows that Benetton, one of Italy’s best known clothing brands, continues to flout good practice in Bangladesh and its managers defending the use of child labour.

1. Child labour would be sanctioned by “missionaries”.
2. Child labour is only what happened in Italy 50 years ago
3. Benetton only signed up to improve conditions because of public opinion.
4. Benetton knew all along that they were producing in Rana Plaza despite the initial denial

The film also reveals that top category factories where Benetton produces clothing have extremely unsafe working practices including locked gates – a practice known to be responsible for scores of deaths in the history of Bangladeshi garment factories.

The journalists talked to workers who remain without compensation months after the disaster and live very difficult lives – physically, psychologically and financially. The journalists were attacked during the course of making the documentary when they were mistaken for foreign buyers by workers running away from police fire.

Union officials and workers told the journalists how they are subject to harassment by hired thugs and the police and that establishing rights for the ordinary worker is extremely difficult.

Background: On April 24th 2013, the Rana Plaza Building in Savar collapsed causing the deaths of more than 1100 garment factory workers and over 2000 injured. The building hosted garment factories producing for household brands including Primark, Mango, Walmart and Benetton. The tragedy brought to light the continuing unsafe working conditions of millions of Bangladeshi people working in the textile industry.

” It was beyond imagination that the industrialists, in their pursuit of profit, would stir up such a moment, comparable to a war, where people are gunned down.” Kazi Ruhul Amin. General Secretary, Garment Workers Trade Union Centre

“On the 24th, since (Rana Plaza) was so badly cracked, nobody wanted to go inside (…) but supervisors forced us to get to work. Many of us where beaten and brought inside.”
Nasrin, former New Wave Style employee, a Benetton subcontractor, and Rana Plaza survivor.

“When we unionists go to discuss with factory owners and government representatives about wages, when we ask why they are not allowed to do trade unions, why female workers are being harassed, why there is no democratic law act for workers , soon enough we end up being falsely prosecuted, harassed or even killed” Mishu Moshrefa, president of Garments Workers Unity Forum